How This Dad of 3 Has Rebuilt His

Wealth Since the Financial Crisis

Occupation: Head of sales at a software company

Family status: Married with 2 children (2 boys) and a girl on the way 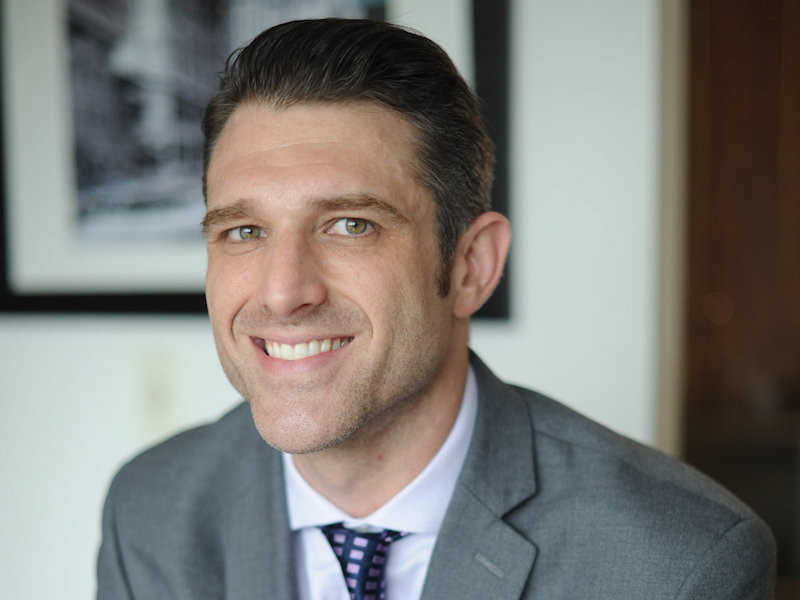 The Harrisburg, PA native was one of the millions of Americans whose carefully-accumulated investments vanished in a matter of days, if not hours, in the financial crisis of 2008. “I had to rebuild everything from scratch, says the 39-year-old

After being laid off from his well-paid finance job, Josh says he went on 132 interviews before he finally found a job as a sales rep that paid a small fraction of his former salary. He took the job—and has successfully managed to rebuild his life over the past ten years. Today, he is head of sales at a software company in Philadelphia, with two additional side hustles on top of that: acting and brokerage.

In the decade since the financial crisis, Josh got married and became a father of two (with a third on the way). He says that’s what motivates him to work as hard as he does. “Once you have a family, you have no choice” but to do otherwise, he says.

While the Moores are not struggling by any means, they have been trying to save up for a home, which they hope to buy in 2020. With that goal in mind, they have been focused on saving as much of their income as possible, while still maintaining a lifestyle that allows for occasional luxuries like dining out and weekly manicures (as a salesman who shakes a lot of hands, Josh prioritizes hand care). 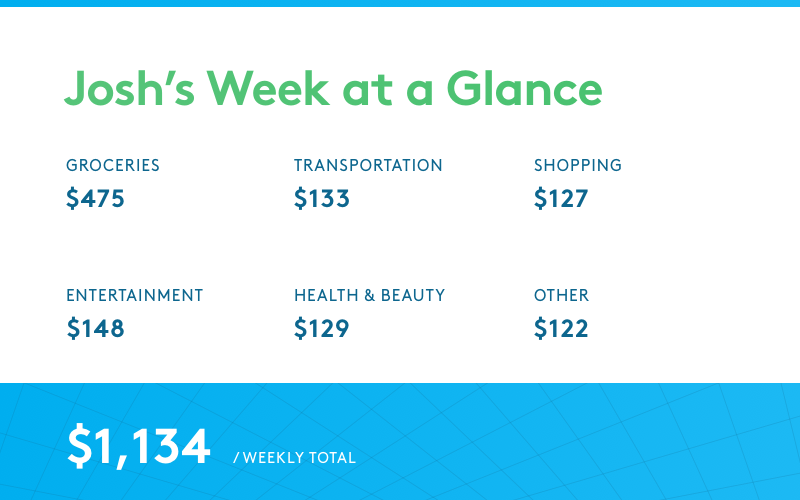 What was the first thing to go? For starters, the family is “blessed to have free babysitters” in the form of his in-laws. Having his wife’s parents present in their lives has saved them upwards of $400 per month on childcare, which can be as expensive as a college education in some states.

Another area of cost savings for the young family has been second-hand toys and clothing they’ve received from other parents. “I started off thinking we’d buy everything brand-new, but I found very quickly that I have no problem at all taking used clothing,” Josh explains. With the speed at which his sons are growing, he says it just makes more sense to recycle rather than buy things that will only be used for a few months. Having two boys has also helped: He says the youngest Moore has been relatively inexpensive, as the majority of his clothes are hand-me-downs from his older brother.

With the children’s expenses largely taken care of, the Moores’ biggest spending category is groceries. More than a third (35 percent) of their combined income goes to feeding their growing family. “Food expenses are catapulting to an astronomical level,” says the dad of a two- and a five-year-old. He jokes that he can tell the speed by which his sons are growing by the continuously increasing grocery bill.

After food, the family’s biggest expenses are mortgage and rent. The Moores pay for a condominium Josh bought as an investment property prior to the financial crisis, while also renting an apartment for their family. While they have a tenant in the condo, the property hasn’t been as healthy of an investment as Josh had expected it to due to the recession. “It was underwater until a few years ago,” he explains, though he is optimistic that the investment will ultimately pay off. Combined, housing expenses make up 25 percent of the monthly budget.

The remainder of each of Josh’s paychecks is split between living expenses like car maintenance, gas and tolls, cell phone bills, and utilities (making up 25 percent), and investing in his side hustles (things like building and hosting his website, going to auditions, and grooming—10 percent).

The remainder of the household income goes toward saving for their future home, and on preparing for the birth of their first daughter, due in September.

“We’re so excited,” says Josh. “We’re going to spoil the heck out of her.”